PHILADELPHIA – April 4, 2017 – Tickets for the inaugural PAX Unplugged, the analog-oriented extension to the international line-up of PAX events, taking place November 17-19, 2017 at the Pennsylvania Convention Center in Philadelphia, will go on sale Wednesday, May 3, 2017. Single day badges will cost $25, three day passes for will be available for $60 and Sunday Kids badges (for 6-12 year olds) will be $10 each.

PAX Unplugged will provide the same experience that has entertained millions of PAX attendees, but with a focus on tabletop, card and board gaming. Attendees will have the opportunity to witness reveals of upcoming titles, play the most hotly anticipated unreleased games, participate in tournaments and go to panels headed by the industry’s top influencers and creative minds.

While PAX Unplugged will focus on tabletop gaming, videogames featuring board or card game elements will also be at the expo.

“I played my first game of Dungeons & Dragons at six years old, and never looked back,” said Jerry Holkins, co-founder, Penny Arcade. “PAX Unplugged will give us a chance to let the thriving tabletop area of the PAX shows breathe a bit – and take an opportunity to celebrate the incredible, ongoing renaissance of the form.” 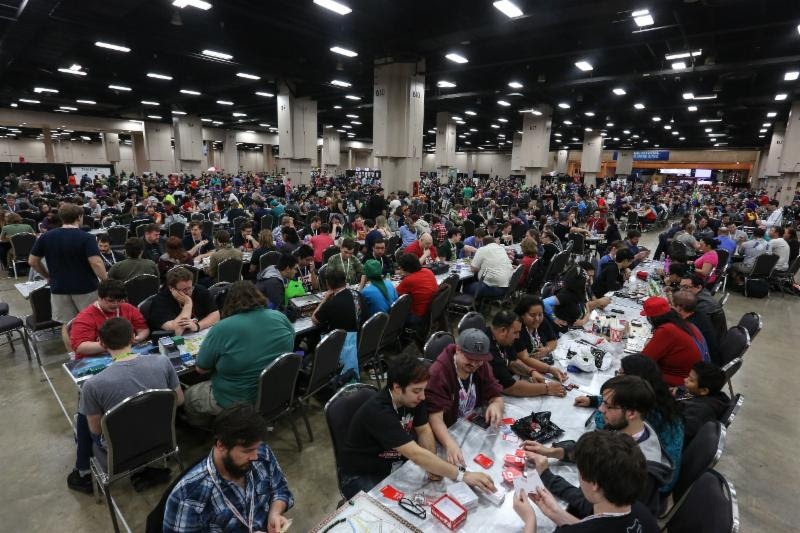 PAX or Penny Arcade Expo is a festival for gamers to celebrate gaming culture. First held in Seattle in 2004, PAX has nearly doubled in size each successive year, with PAX Prime 2014 selling out of tickets in a matter of minutes. Connecting the world’s leading game publishers with their most avid and influential fans, PAX expanded with a second show in Boston in 2010 and a third in San Antonio in 2015, making it the three largest gaming shows in North America. The first international PAX was held in Melbourne, Australia in 2013. In 2017, Penny Arcade announced PAX Unplugged, its first tabletop focused show, to be held in Philadelphia.

Penny Arcade is a web comic focused on video games and video game culture, written by Jerry Holkins and illustrated by Mike Krahulik. With over 3.5 million readers, it is the most popular and longest running gaming web comic online. Penny Arcade is also responsible for the Child’s Play Charity, the Penny Arcade gaming expos (PAX) in Seattle, Boston, San Antonio, Philadelphia, and Melbourne, multiple videogames based on the brand, and multiple online video series.