Home » GX3 Interview: An upcoming event for all gamers E4G: Thanks for chatting with Events For Gamers about GX3! First thing we must ask is why the name change from GaymerX?

GX3: We’re still GaymerX, the event name is just GX – this is mostly due to the fact that we had about 40% female gamers, and many of our attendees are not gay or even queer. We’re mostly run by queer folks and the space is a queer space where respect and love are paramount, but we also want to show that this space isn’t exclusionary, its inclusive!

E4G: With the Kickstarter about to conclude, what would you say to those that may still be thinking about pledging?

GX3: You know, I think that if people want to see what we’re doing to succeed and believe in the mission of our organization, any help would be very much appreciated, and we have some really awesome stuff, like our queer gamer documentary and our upcoming game.

I think, since we’re so close to the goal, that I would not want people who aren’t sure yet if they can attend to buy tickets – I just want to make sure we hit our goal so that way we know we have the resources to book a venue, but we’ll also have the same prices for a short time once we announce the final venue and dates so that way no one has to miss out.

E4G: For those not attending, how does supporting GX3 anyway help promote diversity in equality for everyone who games?

GX3: Our whole philosophy is to create a space where queer thoughts, ideas about inclusion for gay gamers, discussions on stuff like that, can flourish and we believe that by having spaces like this..the more discussions and dialouges that exist around these topics, the better of the industry will be. When people, gamers, devs, feel comfortable and safe talking about these issues and ideas, they can begin having discussions on how to improve them for everyone!

E4G: What can we expect from GX3 that’s different or improved than in past years?

GX3: Right now we’re still picking out the specifics, but we definitely want to focus on showcasing the amazing indie games that feature queer content, more cosplay and social activities, and even more awesome gaming companies to join us, like Blizzard and Devolver Digital, and the true celebs of the gaming world, like the voice of Shepard from Mass Effect, Jennifer Hale!

E4G: What does GX3 provide for the game development community?

GX3: I think it’s a great opportunity to meet other game devs that are either queer or allies who want to see more diversity of voices in the gaming world – it’s a really awesome networking opportunity. Last year we also had game building workshops, panels around getting into the industry.. What I’m really excited for is if we hit our GXdev stretch goal, I really want to see a queer game jam on a large scale! 🙂

E4G: Do you have a favorite part of these events, either in preparation or upon seeing the results?

GX3: My favorite part is talking to people who have never been to one of our events, and after the event, they talk about how awesome it has been to be around a metric butt ton of other gamers who are just like them, to be in a space where they feel safe to enjoy games with others who are like them, and the realization that there are a lot of other gamers out there who want them in the community. Meeting people who find that transfortative is something that really revs up my engines to want to work even harder on the next one!

I’m also super excited about the panels we have – over the last two years we’ve gathered some really interesting voices to talk about queer ideas in gaming, and its so exciting to hear what my heroes have to say 🙂 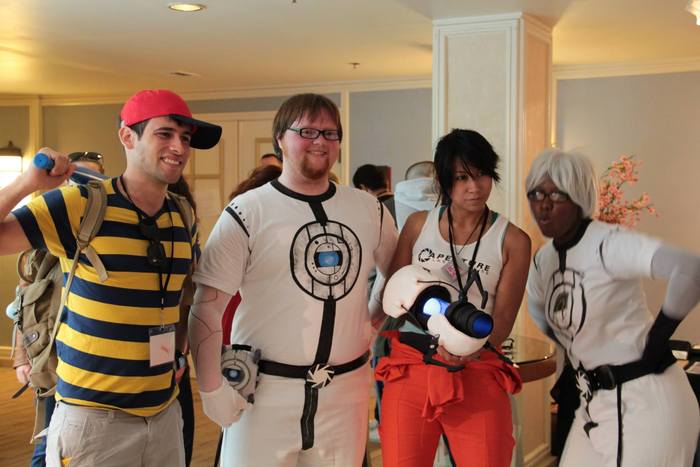 E4G: If someone is not Out yet, but is thinking about attending GX3 to meet others that are Out, what advice would encourage them to take that first step?

GX3: I think that GaymerX is a great venue for someone who may not be out to come to – it’s open to everyone and it won’t out you to come to the convention per-say, and I think it’ll be super awesome to be able to meet other queer gamers, gamers in the industry who are making games that are queer, and other allies – I think it’s super valuable to see other people who are out and successful, and to be able to share your stories with one another.

E4G: San Francisco provides plenty of convention space, though some of the venues are extremely pricey. How will GX3’s new venue help attendees in cost and convenience?

GX3: Well, right now we’re looking at a few venues, in SF, San Jose, and around SF Airport – we want to find a space that will allow us to still have as much or more gaming space, but can fit our budget to be sustainable. As much as we want to continue doing events at a 5* hotel in downtown SF, we also need to be realistic. 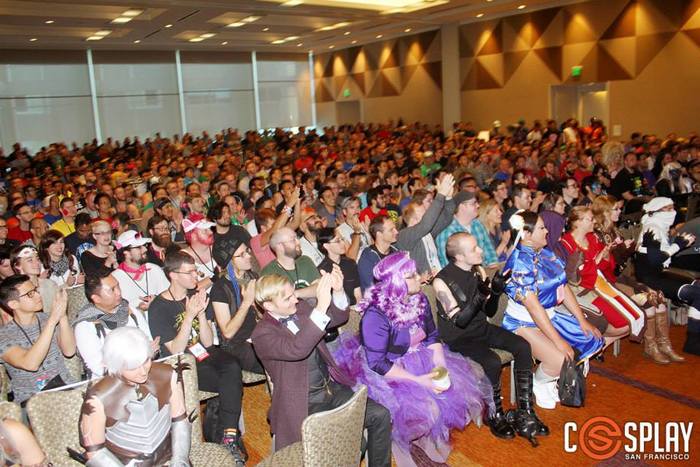 E4G: How can attendees participate in the GX3 hype leading up to the event?

GX3: Right now it’s just helping get people to the Kickstarter – the event IS 15 months away so we have time, but just make sure to spread the word. Whether you’re queer, gay, female, allied, trans, disabled, bi…whatever, this event is going to be an awesome game convention first, with some really cool panels and discussions coming from a queer perspective that I think people will really enjoy!

E4G: Is there anything else you would like to say about GX3?

GX3: I’m just so thrilled that we have a chance to keep GaymerX running and provide not just a queer gaming space for everyone, but also that we can do it in our own way…we have a few sponsors, yes, but we aren’t beholden to any corporate interests. We’re making the con we believe is the most fun, weird, inclusive convention we can make. We’re bound to make mistakes, but we have been extremely proud of the product we showed with GX1 and GX2 and we are really excited to be able to continue to take it to the next level.

Thank you so much for all your support everyone! ^_^ – Matt Conn 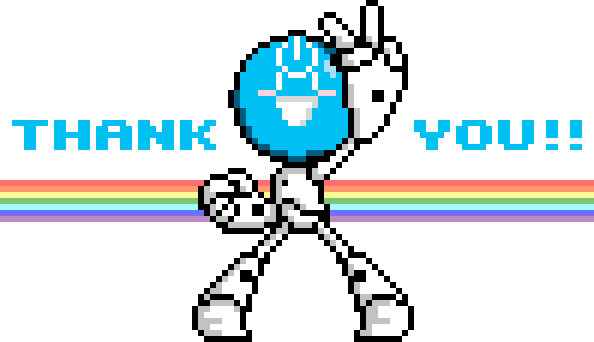