The Media Indie Exchange (MIX) at The MIX Showcase has built a reputation over the past five years of curating and showcasing some of the most creative, innovative and breakout games from smaller independent teams. Their indie games showcases have been among the major off-site events at shows like GDC, E3, and PAX.

Journalists, streamers, influencers, publishers, and indie game enthusiasts were invited to attend their curated showcase at E3 2019 and with sixty-one different titles, there was certainly no shortage of games to watch and play. Here are some of our favorites from the event.

Sakuna: Of Rice and Ruin

This single-player, anime-styled game, combining side-scrolling action with deep crafting and farming simulation, caught our attention right away. Not only is Sakuna: Of Rice and Ruin, beautiful in its design but also filled with a ton of fun action-packed game play. You play the role of Sakuna, a privileged and spoiled, harvest goddess banished to The Isle of Demons in order to investigate the cause of the demonic infestation plaguing the island. Using her hammer, her “celestial scarf,” and agricultural skills, Sakuna must prove she is worthy of her birthright and help the humans.

What we loved about this game: the game’s gorgeous graphics, its fresh take on Japanese mythology and how fun it was knocking animal demons around with Sakuna’s hammer and scarf.

Sakuna: Of Rice and Ruin is developed by Edelweiss, the two-man team behind the fast-paced shmup title “Astebreed” and published by XSEED Games. The game is slated for release this winter and will be available on PlayStation 4, Nintendo Switch and PC.

Trials of Fire is the debut title from London-based games studio, Whatboy Games. Players explore and fight for survival in a post-cataclysmic fantasy realm with a team of three characters of their choice in this single-player, turn-based strategy game.

What we loved about this game: It’s a wonderful blend of Dungeons and Dragons, strategy, fantasy, and reminiscent of Choose Your Own Adventure books. Each time I played the game it was a different experience. It spoke to my inner child and I found myself getting lost in the game in the most fun way possible.

Trials of Fire is the first game developed by London-based games studio, Whatboy Games and is on deck for release this winter for PlayStation 4, Nintendo Switch and PC. The Sojourn by Shifting Tides Studio

After experiencing Shifting Tides’ The Sojourn, it’s no wonder why this first-person puzzle game has received multiple awards.prior to its release. Players will journey through a land of darkness and light and solve different puzzles by utilizing different energies derived from the world around them. The graphics struck me as breathtaking, with a beautiful score that draws you into the world even further.

What we loved about this game: Clean and well-rendered scenery, thought-provoking puzzles with unique game mechanics.

Iceberg Interactive will launch The Sojourn on Steam, PS4 and Xbox One this summer. Ally Marie goes to visit her Grandma’s mansion only to discover a hostile takeover from an ancient evil (nope, not twenty-year-old candy in a bowl either). With the help of an army of chatty cats, she searches for a way to turn everything back to normal.

Rose City Games’ adorably wicked Cat Lady is a fun blend of dual-stick shooter action, roguelike elements, and tons of collectibility. Inspired by the indie game hit, Binding of Isaac, this game is not only fun but will definitely keep you on your toes.

What we loved about this game: Cat Lady is a Mega Man-styled side scroller but this game is cute, quirky and with cats! And it’s got a super fun soundtrack that echoes that sentiment.

Cat Lady will be coming to Mac and PC at some point, but no current release date has been set. Check out the teaser trailer here. Parable Worlds’ debut title, Adams Ascending, is truly a marvel for an indie title. It is ambitious, cinematic, multi-dimensional in its complexity and aims to hit you right in the heart. Adams Ascending is the story of Adam, an interstellar explorer searching for his long-lost father. He crashes lands on a mysterious island and embarks on a journey where each decision he makes affects the outcome of the game. There are puzzles, different worlds to explore and Adam’s survival depends on each choice he makes.

What we loved about this game: The game is developed by only one person — Nick DePalo — and when talking with him about the project, it’s easy to see just how much he loves the game and how deeply passionate he is about it. The game is visceral, emotive and thought-provoking. It will be exciting to see the final product!

Adams Ascending is set for release in 2020 on PC, Mac, PS4, and Xbox. A demo of the game for Mac or PC is available on the website. Parable Worlds is currently fundraising for this project. If you are interested, you can make a donation here.

Riverbond is the Canadian independent games studio Cococucumber’s third release and boy is it fun! Play solo or work with up to four players to rid a bright and colorful isometric Minecraft-reminiscent land of evil. Shoot and slash your way through dungeons and unlock and collect items along the way including a range of skins from other indie games like Shovel Knight, Enter the Gungeon, Bastion, and Guacamelee.

What we loved about this game: Riverbond is a casual and colorful co-op game, accessible and fun for the whole family. Plus who doesn’t love fun nostalgic skins of your favorite games?

Riverbond is available now on Xbox One, PS4, and Steam.

Bloodstained: Ritual of the Night

If you are familiar with Castlevania: Symphony of the Night, this game will be no stranger to you. That’s for a good reason: Bloodstained: Ritual of the Night was developed by Koji Igarashi, who was behind the development of several Castlevania titles, including Symphony of the Night. Many of the signature aspects of the game, 2D graphics powered by the Unreal Engine, which clearly adds visual flair with loads of 3D elements to this signature Metroidvania-styled game. The storyline, centered around demon-summoning and exorcisms, is not a far jump from the vampire-centered storylines of Castlevanias past. In this story, the protagonist is Miriam, survives being sacrificed to a demon in 18th century England.

What we loved about this game: What’s not to love? Bloodstained: Ritual of the Night is a side-scrolling game inspired by — but not imitating — classic Castlevania games of old. Beautiful visuals, an atmospheric soundtrack by former Castlevania composer, Michiru Yamane, and challenging, deeper-than-you think, polished, and enjoyable gameplay fuels this game. This is a game that deserves plenty of hours of gameplay, but I enjoyed the brief time I had playing it at the MIX event.

Bloodstained: Ritual of the Night, developed by ArtPlay and published by 505 Games, is now available on the PC, PS4, XBOX One, and Nintendo Switch. 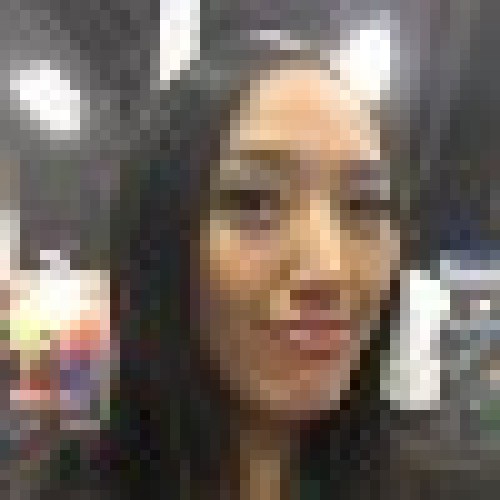