Reposted with permission from Margaret Wallace‘s blog. The list of points begins with a little self-promotion for her company (as a helpful introduction to her work too) and going from there:

One of the premiere conferences catering to the world of casual games, Casual Connect USA 2014, has come and gone. I know this because I was there — attending the show in San Francisco.My list of 10 observations from Casual Connect is a random mix drawn from the business, the people, the culture and the industry from the past few days at the conference.

1. Playmatics Made a Good Show for Branded IP

All self-promotion front and center, my gaming company, Playmatics, was well-represented at Casual Connect — especially in terms of all the work we’ve done with major brands. Since we’ve been in business, my company has collaborated with everyone from Red Bull, David Cronenberg for Body/Mind/Change, theAmerican Museum of Natural History, the Walking Dead, Breaking Bad…

Playmatics Co-Founder (Nicholas Fortugno) delivered a well-received talk entitled “Games as Brand Extension and Invention.” The lecture looked at the ways that games have been used by brands for extension of audiences worldwide. After his talk, many brand stakeholders contacted us to explore ways to work together.

I was surprised to see that we were one of the few companies to really focus on our work with brands and branded IP for the mobile and tablet gaming space.

Speaking of the power of branded IP, Glu Mobile‘s Kim Kardashian: Hollywood game is making bank and everyone at Casual Connect was talking about this booty-busting phenomenon.  Kardashian herself reportedlystands to make a cool $85+ million plus on the game — though other reports place that figure in the $40 million range. Either way, that’s a bootyload of Kardashian Kash.

For those of us (like Playmatics) who have been working on branded IP for a long time — this level of success doesn’t come as a surprise. I have spoken a lot previously on the pros and cons of incorporating brands into your content strategy.

Traditional mobile games have been having an increasingly difficult time maintaining the longevity of their original brands. Having a booty-sized boost like a Kardashian backing you up might separate the wheat from the chaff in terms of product success. This sentiment was echoed last year at a Casual Connect fireside chat with journalist Jon Gaudiosi and former EA CEO, John Riccitiello. As Venturebeat’s Dean Takahashi reported back then: “He [Riccitello] sees precious little evidence that lasting franchises are being built.”  (See full article.)

But now, for all the brand naysayers, the Kardashians have spoken. Given that far too much of the games industry is made up of followers rather than leaders, watch the branded mobile gaming space suddenly get red hot for the rest of the year and into 2015.

3. The Number of Indies Continues to Grow

A wide variety of indie game studios continue to flood the space. Indies keep an industry fresh and often lead the way for innovation and fresh thinking. At the Big IndiePitch, an event held this year at Casual Connect, The Phantom P.I. Mission Apparition took home a prize. Other winners from the Indie Prize Showcase include SF-based Lazy 8 Studios and Mechanical Butterfly Studios as well as Montreal-based Double Stallion. Great to see so much creativity in the space.

Alas, I wish more indie studios were making money, at least the good ones in any case. According to Gamepolitics, a recent Gamasutra survey reported that “57 percent of indie game developers (including both solo indies and members of indie teams) made under $500 in game sales.”  Will this change anytime soon? What do you think?

4. The Bar on All-Out Conference Parties Keeps Getting Higher (But More Party Crashers Turned Away)

And now for something completely superficial: With more people entering the space and more companies, especially all of the “ad and monetization solutions” out there, companies seemed to go to even greater extremes than ever to gain the attention of conference attendees. At Casual Connect, as with most gaming conferences, business and pleasure go hand-in-hand at conference parties. With so many providers vying for your business or your money — or both — people are upping their game in creative ways to spread the word.

Official conference party at San Francisco City Hall? Check. Party at the Ferrari Showcase Room? Check.  Need Mimosas in the Morning to kick start your day? Check. This list barely scratches the surface in terms of all the fun and trouble one can get into at the show this year.

5. The Best Networking (for Me) Happens at Speaker Dinners (& Lunches)

A sure-fire way to meet and greet wonderful people in a focused setting – often with high quality food and drink? Speaker’s dinners (etc.) can be that place. I always enjoy attending events for speakers-only because it’s almost always going to be a hand-picked group of very interesting, engaged and talented people. If you are ever a speaker at a conference or event, don’t miss out on opportunities to hang out with your fellow presenters.

This year, the Casual Connect Speaker’s Dinner was held at 54 Mint — a really great restaurant in the heart of San Francisco. The food was yummy. The people were even more delicious to meet and talk with that evening — lots of great perspectives on games. Probably the highlight of my entire conference. 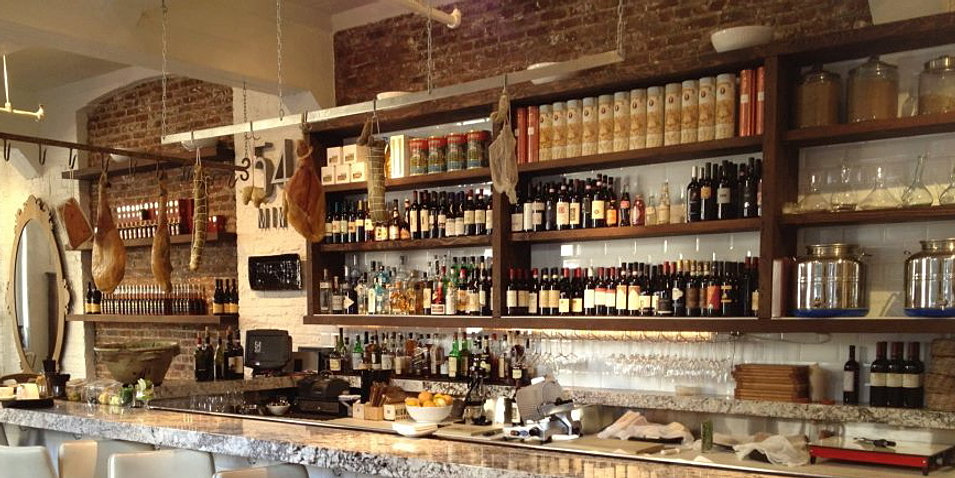 6. World Conflicts Have Spilled Over Into Games

One of my favorite things about working in social and mobile gaming is the extent to which it has allowed me to meet and work with friends and colleagues from all over the world.  The gaming industry is more international than ever, something I delve into a bit more in my deck on worldwide video game statistics.  At Casual Connect, Dean Takahashi once again wrote a great piece, putting the spotlight on the impact of world events on companies located in countries affected by recent strife:

The frightening intrusion of the terrors of war and political crisis have taken a toll on Ukraine and Israel, and that was evident at the Casual Connect game conference this week in San Francisco, where more than 3,000 game makers gathered to talk about the craft and business of casual games. (Full DeanBeat article here.)

The rest of the article is a pretty comprehensive look at how individual companies are fairing with these new world realities. Even Casual Connect had to move the Eastern Europe installment of its annual conference from Kiev, Ukraine to Belgrade, Serbia. I’m glad Dean covered this situation because, up until his article, things have (on the surface) been business as usual — though we all suspected our impacted colleagues couldn’t say the same.

7. An Overflowing Number of Ad, Analytics and “Monetization” Platforms

At times, it can seem pretty overwhelming to observe the shear number of platform providers hawking their goods all the time, everywhere — at shows, via email, Twitter, LinkedIn. It’s relentless. A lot of people who work in gaming with whom I spoke at Casual Connect seem to share the sentiment. We all have platform fatigue.

While so many of these companies engage in an enormous amount of outreach, it can take some work to fully understand how a particular ad platform or predictive analytics company differentiates itself from its competitors. That’s why reputation is so important for these companies. There is no better PR than existing happy customers.

This perceived imbalance between the number of these vendors vs. the number of (especially well-funded) content creators reminds me of the dynamics in place during the time of the California Gold Rush. Namely, the people who were making huge profits weren’t miners in search of their elusive treasures of gold — it was the merchants who found their treasure in selling shovels, picks, food and clothing to those miners. Speaking of selling shovels and picks to the miners, the market has a frothy appetite for acquisitions these days. If your company operates in the area of ads (especially mobile or video ads) or predictive analytics — you are an acquisition target so carpe diem. Hooray for you! Just think about all of the recent acquisitions in the news — Yahoo’s acquisition of Flurry, Opera’s Adcolony acquisition, Unity’s recent acquisition of Applifierand Playnomics (not to be confused with Playmatics, my company) — it’s easy to understand why the mood was high for many who offer these goods and services in the space.

A snarky metaphor for industry consolidation.

The business of mobile and tablet gaming continues to evolve — though it’s a red ocean for most. App marketing costs have hit an all-time high. DeNA’s Barry Dorf is quoted in a recent article on a talk he gave at Casual Connect this year. To me, Dorf frames the current situation in mobile gaming very well when he states:

‘There are three top players [in mobile gaming]; there’s Supercell, GungHo, andKing, and they make up 60% of the App Store top-grossing. There’s about ten companies that make up about 30% of the top-grossing, and then indies make up the other 10%. That’s changing dramatically, even today. The top 60% is growing, the top 30% is getting smaller, and we’re tapping into that 10%. It’s harder and harder for indies to break into the marketplace today.’ (Full article here.)

While the apps marketplace in North America corrects itself or implodes (and i’m an optimist), I’m personally most excited about the mobile marketplace beyond North America.  The mobile gaming market in China alone is poised to be over $3 billion – soon easily surpassing the United States. Not everyone will be able to tap into that bounty, however, as it takes time, money and know-how to do business abroad. 10. The Only Thing That is Constant is Change

Sure, for any of us who have been in gaming for any amount of time, it’s easy to spot repeating cycles — companies that are rebuilding the same wheel every few years. You’ll see successful brand re-boots like Slingo– and the same faces cycling from one company to another, year after year. Given the thriving number of entrants into the space, new channels, markets opening up — the dawn of everything ranging from e-sports to wearables, there are exciting times ahead. Even in an industry often so resistant to change – so often on the brink of cannibalizing itself — change is an inevitable and unstoppable fact of life.